Heavy metals in your body can damage the nervous system and other tissues and cellular components. This is called heavy metal toxicity.   Lead, mercury, and aluminum are 3 examples of commonly found heavy metals in the body.  Even in the bodies of infants.

You know that lead is not good for human development.  It causes heavy metal toxicity.  It

was removed from paints and gasoline as a result. Mercury is not to be played with in a bare hand or other parts of the skin.  Mercury thermometers are rarely found anymore and were replaced by alcohol and digital thermometers because of the toxic potential of mercury.

MERCURY as an Example of Heavy Metal Toxicity

Mercury is the only metal that is liquid at room temperature. In its pure form (often called metallic or elemental), mercury is a shiny, silver-white, odorless liquid.

According to Medscape, Mercury in any form is poisonous, with mercury toxicity most commonly affecting the neurologic, gastrointestinal (GI) and renal organ systems. Poisoning can result from mercury vapor inhalation, mercury ingestion, mercury injection, and absorption of mercury through the skin.

Avoiding the ingestion of damaging chemicals and heavy metals is as important as removing them from inside the body.  Using a water purification for water that you drink, cook with, 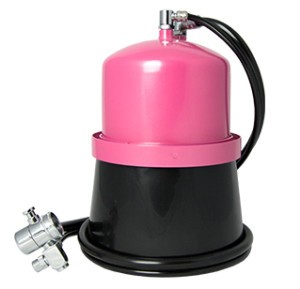 and even shower with is an important part of a healthy life-style nowadays.  Given that there are 100,000 new chemicals in the environment that your body was never exposed to before, keeping them out of the body (unless you specifically want to ingest them) avoids having to clean them out later.  Cleaning them out later takes energy and resources that could be used for more important things, like enjoying time with family, chatting, and relaxing in your favorite hobby. I suggest the Multipure filter as a good choice to at least start out with.  Don’t use something that only claims to make the water taste better.  It will taste better but not remove the toxins that will damage you and your family’s and children’s health. 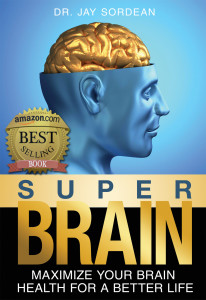 To learn more about how to protect your brain from chemicals, please sign up for my video series as well.  And read “Super Brain: Maximize Your Brain Health for a Better Life.”

Other Methods to Test for Heavy Metals

There are a variety of other methods to test for heavy metals and chemicals in the body.  They are used to text for presence, sensitivity (immunological) to chemicals, and the capacity of your body to remove those heavy metals or chemical toxins in an as inocuous as possible fashion from the body.  Hair mineral analysis is one such method to study presence and body metabolic function. Learn more in this series by Dr. Jay Sordean.

I want to thank you for the great help you were when I was in trouble with low thyroid, fibromyalgia, chronic fatigue and multiple chemical sensitivities. As well as two car accidents. I wish you well as you expand your knowledge into more and more medical fields, All of them could make a difference to people in trouble with their health. You were a great help to get me on my feet after many years of malaise. Thank you. DALIYA ROBSON 925 472 8868